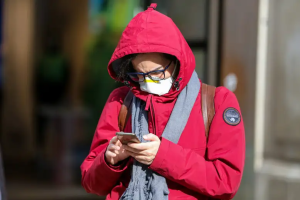 It seems like only yesterday we all believed the FBI, CIA, NSA and untold numbers of foreign agents could pinpoint our exact location at any time of the day or night, as long as were holding our cell phone.

But in these days of social distancing and contact tracing efforts, governmental agencies are finding out the location data these phones collect is not quite as robust as we once believed. If they really want to trace people's whereabouts they will need people to voluntarily install tracking software. Given they can't get people to wash their hands, where masks or stay home during a pandemic, expecting them to install an app that lets the government track their movements might be impossible.

The NewScientist has an interesting story on current efforts in the United Kingdom:

Such apps look attractive to countries looking to lift restrictions, but there is growing evidence that it will be difficult to make them work. A simulation of a city of 1 million people by researchers at the University of Oxford, published yesterday, found that 80 per cent of smartphone users in the UK would need to install a contact-tracing app in order for it to be effective in suppressing an epidemic: that is 56 per cent of the national population. The UK’s chief scientific adviser, Patrick Vallance, has indicated that he thinks such apps might have a role to play in contact tracing but that it would be a tall order to get 80 per cent of smartphone owners in the UK to use them.

You can read the entire article here, and at least feel a bit relieved that maybe the government doesn't know where you've been all day after all.
Categories: smartphone
Tags: Contact Tracing Apps
Posted By: Luvvitt
Tweets by @LUVVITT_
Compare
Compare
Clear All
You have no items to compare.