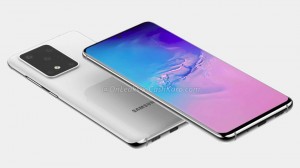 Samsung’s Galaxy S11 will most definitely come equipped with the requisite hardware to handle 5G, which is good news not just for those wanting to buy the Galaxy S11 but for the entire industry because it sets the bar for hardware releases in 2020. The people have spoken and they expect 5G capability from their smartphones.

The Samsung Galaxy S11 does not disappoint in that regard.

Forbes has an article explaining what the specs tell us to expect from the forthcoming release:

That said, elsewhere we know Samsung is aiming high. Samsung is equipping its Galaxy S11s with a potentially groundbreaking camera codenamed ‘Hubble’ due to its extreme zoom capabilities. There will also be new shooting modes, a new design, big performance upgrades, next-gen memory, a supersized fingerprint sensor and a real crowdpleaser: much bigger batteries.

You can read all the news on the Samsung Galaxy S11 including what to expect from the hardware in the complete Forbes article, right here.

Categories: samsung
Tags: Samsung Galaxy S11
Posted By: Luvvitt
Tweets by @LUVVITT_
Compare
Compare
Clear All
You have no items to compare.