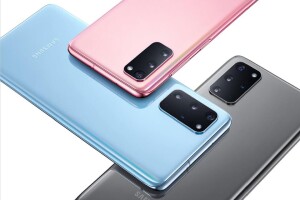 Rumors have been circulating for some time about a Samsung Galaxy redesign which includes a radical new camera sensor. But they were just rumors.

This week, however, a Samsung Galaxy press release confirmed the details, showing just how radical this redesign really is for their flagship smartphone.

A Forbes article had all the details including exactly what makes this camera redesign so radical:

Perhaps most importantly, ISOCELL GN1 will avoid any repetition of the Galaxy S20 Ultra’s focusing issues, thanks to dual-pixel autofocus on all pixels. Samsung’s announcement puts the GN1’s improved auto-focus speed front and center and that’s certainly no accident. This is clearly an acknowledgment that improvements must be made over its current flagship design.

You can read their entire article here, and get all the details. In the Comments below let us know if you're excited about the forthcoming design or not.

Categories: samsung
Tags: Galaxy Redesign
Posted By: Luvvitt
Tweets by @LUVVITT_
Compare
Compare
Clear All
You have no items to compare.