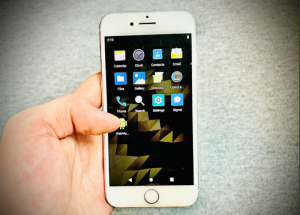 Until "Project Sandcastle" that is.

Ars Technica has an in-depth article on the top secret project that until now has been held closely under wraps. Essentially the effort is to do what has only bee dreamed of before:

Android can run on just about everything—phones, watches, TVs, cars, microwaves, the Nintendo Switch—but one thing it really hasn't been able to run on in a while is the iPhone. A third-party effort called Project Sandcastle is setting out to change that and build Android for the iPhone. The group already has beta builds out for the iPhone 7 and 7+.

You might recall, many years ago, that a Linux and Android on iPhone port was in the works for the original iPhone. This project is being brought to you by David Wang and Chris Wade, the same people who did that original port.

You can read the entire Ars Technica article about the project, including how to possibly get your hands on a version of it, right here.

Categories: android & iphone
Tags: Project Sandcastle
Posted By: Luvvitt
Tweets by @LUVVITT_
Compare
Compare
Clear All
You have no items to compare.