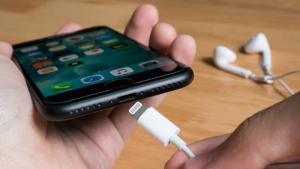 The lightning port was one of those "love it or hate it" type of changes that made Apple a household name.

But now that seems likely to change. Apple might be forced to switch to a universal standard.

Lifehacker.com has a great story on it:

Members of the European Commission will vote on whether to force all tech companies to adopt a single charging method that will be universal across all devices and manufacturers, including Apple’s.

According to the BBC, the European Commission has been trying to implement a single charging port standard across all devices for over a decade. There have been numerous attempts to bring Apple into the USB fold, but this upcoming vote would be the final nail in the Lightning cable’s coffin, and could also close legal loopholes that allowed Apple to continue using Lightning ports despite agreeing to move toward USB.

They go into detail about the case and about how this ruling might impact consumers in the future:

If the vote passes, it will mark the end of the Lightning charger era. Apple won’t be able to sell its products in the EU without adopting USB-C (likely), and that change will affect any products it makes and sells in the US and other countries. That means your next iPhone will probably use USB-C or wireless charging and not a Lightning port.

There are still a lot of unknowns including what the eventual ruling will be. If you want to find out exactly what's at stake and when it will all be decided, read the rest of the LifeHacker.com article right here.

Categories: iphone
Tags: Lightning Port
Posted By: Luvvitt
Tweets by @LUVVITT_
Compare
Compare
Clear All
You have no items to compare.