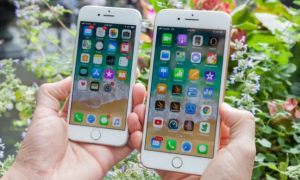 Those of you who have been wishing on a star for the new iPhone SE Plus may see your wishes granted in the second half of the year. Rumor has it Apple is indeed gearing up for the new hardware release, with a release still fluid if needed, but seemingly only a few months away.

TomsGuide has an interesting little story on the proposed release:

There was a big omission from Apple's launch of the iPhone SE 2020: a bigger brother. Even though the new iPhone SE replaces the 4.7-inch iPhone 8 with the same size screen, Apple also retired the 5.5-inch iPhone 8 Plus alongside the SE's launch. So at least for now, there's no large-screen version of the company's most budget-friendly phone.

But that doesn't mean Apple isn't working on an iPhone SE Plus behind the scenes. According to one reputable analyst, Apple will release an iPhone SE Plus during the second half of next year. That seems like a long time from now, but it's possible Apple could move up the timetable.

You can read their entire article right here.

Are you excited for the iPhone SE Plus? Can you wait another few months or will you choose a different brand? Let us know in the Comments below:

Categories: iphone & Apple
Tags: iPhone SE Plus
Posted By: Luvvitt
Tweets by @LUVVITT_
Compare
Compare
Clear All
You have no items to compare.