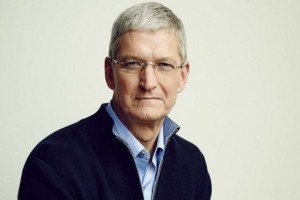 There's currently a trade war between the United States and China, which normally would go unnoticed by most consumers, except most of the stuff we consume these days is built in China. So does the latest round of U.S. tariffs on good manufactured in China mean iPhone prices are about to increase? Maybe. Maybe not.

Some economists have predicted prices for iPhones will go up about $100 after this latest round of tariffs. But others are saying no, that's very unlikely because Apple will simply move production outside China to avoid the tariffs:

Noted Apple analyst Ming-Chi Kuo believes that any tariffs implemented by the US won't impact Apple's pricing because of supply chain moves implemented by Apple CEO Tim Cook, and because of that pre-planning, there won't be any impact to Apple's shipments.

Read more of what Ming-Chi Kuo has to say on the matter right here.

Apple CEO Tim Cook has gone on record saying that the company has no plans (or capacity) to take iPhone production outside of China but some of their parts suppliers are already making moves:

We’ve already seen reports of some iPhone exports from the country, confirming expectations that Indian production won’t be limited to domestic sales, though only on a very small scale to date.

There have also been reports of MacBook and iPad production in Indonesia, Pegatron building production lines in India and Vietnam and AirPods contract manufacturer GoerTek beginning test production in Vietnam.

You can read more about these production moves in this article by 9to5 Mac.

For now, the Apple says it intends to absorb the cost of the import taxes rather than immediately pass them on to consumers.

But how long can the company keep that up? No way good way to tell. Apple is certainly flush with capital at the moment, so theoretically they could keep it up for quite some time. But it seems as if, sooner or later, something will have to give. Either the tariffs or the production in China. Or maybe Apple will simply stop paying the fees themselves and just pass them on to consumers.

So far, nobody really knows what the future will hold.

Categories: iphone
Tags: iPhone Prices
Posted By: Luvvitt
Tweets by @LUVVITT_
Compare
Compare
Clear All
You have no items to compare.