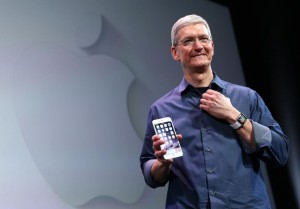 The show must go on, even as the world hunkers down amid self-isolation and social distancing, and Apple is definitely ready to perform in the spotlight.

Halfway through our monthlong stay-at-home order Apple had intended to release the much ballyhooed iPhone 9. That date has now been pushed back one week to April 22, but at least we'll see it before the end of the month.

Forbes has an interesting story on the adjustment, including some insider tips:

The report on the potential launch comes from noted Apple tipster Jon Prosser:

"Per an internal meeting yesterday, Apple is now preparing for an April release. Tentative dates: Announcement on April 15, Shipments on April 22. Keep in mind: we’re in the middle of a pandemic, and things could change.

And the article went on to state that the iPhone 9 isn't the only piece of expected hardware this month:

Apple would not be alone in launching new hardware during this period. Last week saw Huawei debut the P40 family of handsets, while OnePlus is set to launch the OnePlus 8 and OnePlus 8 Pro later this month. There may countless millions joining into isolation in their homes around the world, with countries implementing ‘lockdowns’ as required, but life will carries on both during these efforts and afterwards.

You can read that entire Forbes article right here.

And if you are excited for the iPhone 9 let us know in the Comments below!

Categories: iphone
Tags: iPhone 9 Release Date
Posted By: Luvvitt
Tweets by @LUVVITT_
Compare
Compare
Clear All
You have no items to compare.