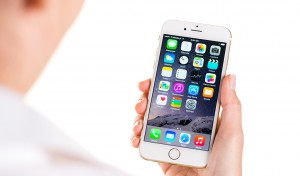 Tired of your old smartphone (that you bought just last August) but unsure exactly what model is right for you?

When the smartphone wars first began there were clear differences in performance, camera technology and what each phone operating system could do. These days, with so much more miniaturized circuitry baked inside, massive processor speeds and internal memory, it is much more difficult to notice any measurable difference. Even the cameras; where once Apple reigned supreme with their iPhone digital camera technology, these days we measure differences in a handful of extra pixels or a different button configuration.

Despite the glaring similarities between devices Computer World tells us there are still some differences which make different phones the right choice for different people:

After all, mobile tech today is a totally different field than it was even just a few years ago — and now more than ever, there's little compelling reason, as an earth-dwelling human, to upgrade to a new phone every single year (or even every two years, if you plan wisely).

With that in mind, it's time to start thinking of phones in the same way we think about appliances — more of mundane multiyear investments than anything-goes one-off purchases. That means we need to look beyond a phone's superficial qualities and consider how it's likely to evolve over the course of time that we own it — and what that broader perspective reveals about the device's actual value to us.

The author goes on to include a list of very specific reasons that seem to make each phone uniquely suited for specific types of people. Find out what kind of phone is right for you by reading this article and let us know in the Comments how that matches up with the phone you have!
Categories: Apple
Tags: smartphones
Posted By: Luvvitt
Tweets by @LUVVITT_
Compare
Compare
Clear All
You have no items to compare.