The Chinese are at it again! While there is nothing new about iPhone knockoffs emerging from that country, this latest one takes the usual knock off thingy to new levels. We have come across an iPhone knock off that apart from being visually similar to the original Jesus phone from the fruit themed toymaker, also boasts of running dual operating systems! 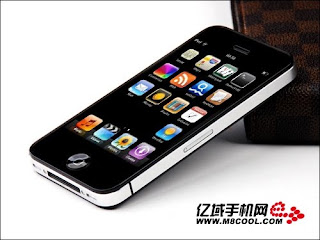 Other features of the phone include a 3.6 inch capacitive display that is multi touch capable. Sadly, the only thing missing would be that retina display. The phone runs both Android and Windows Mobile 6.5 and you can choose what OS to boot in to at startup. Now that is cool! 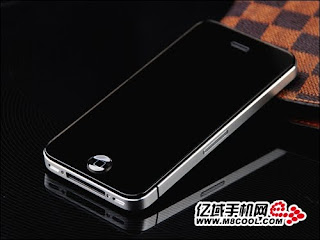 The Windows Mobile restriction also means that the screen wouldn't be capable of displaying more than 65k colors. The phone will come with 512/256 MB of storage. There is a decent 5 megapixel camera at the rear that should be good at taking casual pictures.

The phone is available in China (obviously) and costs around $257. What do you think about this one? [Via MicGadget]
Categories: android, dual OS, chinese, iphone & Windows Mobile
Posted By: info
Tweets by @LUVVITT_
Compare
Compare
Clear All
You have no items to compare.