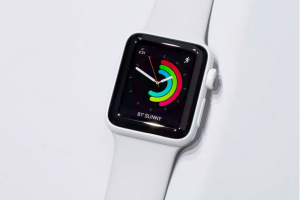 We've heard the rumors--they've been circulating the chat rooms and forums and newsrooms for months--but although much has been said, nobody really knows what to expect at next week's annual Apple Event.

A new iPhone? Seems likely. An update to iOS? Maybe. What about Apple watch--there's a possibility there, sure. And will we get new MacBooks?

The answer is--nobody knows for sure except Tim Cook and a handful of Apple engineers and assorted employees, all sworn to secrecy.

Good thing for those of us who "need to know right now" what's going to be announced next week, CNET has rounded up and sorted through all the rumors to give us a pretty decent idea what Apple might announce on September 10.

Apple is expected to launch three new iPhone models in 2019, similar to last year's lineup. This year's iPhone XS, XS Max sequels are rumored to be called the iPhone 11 Pro and iPhone 11 Pro Max, adding yet another element to Apple's already complicated naming scheme. The cheaper iPhone XR sequel, on the other hand, is set to be called the iPhone 11, with no additional letters, numbers or Roman numerals.

In terms of design, the three phones will apparently look almost identical to the 2018 lineup, at least from the front. The 11 Pro and 11 Pro Max are said to have 5.8- and 6.5-inch OLED screens, while the 11 will have a 6.1-inch LCD screen with the same size notch at the top on all three models. Many of Apple's competitors, including Samsung, have eliminated the notch.

Which new Apple product update has you most excited? Tell us the Comment section below!

Categories: Apple
Tags: Apple Event 2019
Posted By: Luvvitt
Tweets by @LUVVITT_
Compare
Compare
Clear All
You have no items to compare.