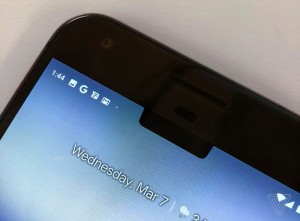 The first developer preview of Android P hit the street recently at first blush it appears Google is thinking "simpler is better." Which no doubt comes as a relief to many people who believe smartphones are getting more and more cluttered every day.

This is only the first developer release, so more changes are likely before the final release reaches consumers, but according to people who have seen it the new Android P is more streamlined, more colorful and makes much more sense from a users perspective:

The clock has moved from the far right to the far left side of Android P’s top status bar. And since the new OS is optimized for notches that might cut into the top display area, it starts putting notifications right next to the time. Up to four different app icons will appear; after that, Android P displays a simple dot to let you know there are more waiting once you slide down the notification tray.

Google seems obsessed with constantly changing and reworking the Settings screen with every major Android update. This year, it’s making things a bit more colorful with new icons to the right of sections like Network, Display, Battery, etc. The actual layout of things has barely changed, but the grayscale icons from Oreo are gone and replaced by colorful circles. Very Samsung.

As more previews are released we'll see which changes are permanent and which are simply Google's way of testing the water. But we'll all have to wait and see what is in the final Android P user update to know exactly what we think about it.

You can read more about the initial developer preview of Android P right here in this article by The Verge.

Categories: android
Tags: Android P Release
Posted By: Luvvitt
Tweets by @LUVVITT_
Compare
Compare
Clear All
You have no items to compare.