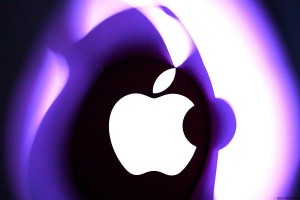 In case you haven't been paying attention, a new type of cellular capability known as 5G wireless in coming, and it stands to change everything about smartphone technology.

According to everyone who has tried it says that 5-G wireless makes your smartphone faster than your desktop or laptop computer at home:

In a real-world test I did with the Samsung Galaxy S10 5G on an AT&T network in Hollywood, California, I saw data transfer rates of 1.8 Gbps (gigabits per second). That’s 60 times faster than the national average of 30 Mbps (megabits per second). In real-world numbers, it’s the difference between downloading an entire season of "Stranger Things" or "Orange Is the New Black" from Netflix in three minutes versus three hours.

If you want all the technical details of how 5G works and why it works, check out the rest of this article from USA Today.

Despite the promise of how much better 5G is than what we've become accustomed to, our current crop of smartphones (with a couple questionable exceptions we won't get into here) just can't handle it. They need upgrades and manufacturers from Samsung to Apple and everyone in between are scrambling to get them ready.

The roll-out of 5G networks will be gradual, but inevitable. And the first smartphone makers to have their devices ready will no doubt have an advantage.

Apple executives know this, so they are preparing not one, or two, but three different 5G capable iPhone models. They also took the step of buying Intel's 5G modem business.

Kuo's new estimate is up from the two 5G iPhone models the analyst previously estimated Apple would produce. Apple, however, will need to compete with low-cost 5G options. Its 2019 iPhones that will likely be announced in September are still not expected to support 5G.

"Apple has more resources for developing the 5G iPhone after the acquisition of Intel baseband business, " Kuo said in his note. "We expect that the prices of 5G Android smartphones will decline to $249-349 USD in 2H20," he added, noting that "consumers will think that 5G is the necessary function" by the time they're launched.

You can read more about Apple's plans for 5G smartphones and what you might expect from this latest upgrade in this article by The Street.

In the meantime, let us know what your plans are for a possible upgrade of your smartphone. Are you ready now or will you wait to see how the new tech shakes out  before taking the plunge?

Categories: iphone & Apple
Tags: 5G Wireless
Posted By: Luvvitt
Tweets by @LUVVITT_
Compare
Compare
Clear All
You have no items to compare.