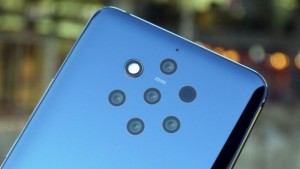 The folks at TechRadar.com decided now was a good time to prognosticate about what we might see in smartphone technology for the NEXT decade (2030.)

It's a pretty cool, in-depth look at what are natural extrapolations of where the technology has gone up to this point, and how that indicates where it is likely to go in the future.

While you may think the future will bring you phones with plenty of smartphone cameras, far more so than now, that might not end up being the case: there are only so many different kinds of lens, so we’ll soon reach a point where adding more lenses adds nothing new.

No, in fact, the real change will likely be megapixel count – at the end of 2019 the highest resolution in a smartphone is 108MP in the Xiaomi Mi Note 10, but it looks like a number of phones in 2020 are gearing up to match that. In 10 years, though, that number could be through the roof.

They make a few interesting predictions for the next decade, but it does make us wonder if we won't hit those marks even sooner as companies continue to attempt to one-up each other in terms of the next Big Thing.

Read the entire TechRadar article here and let us know what you think the next decade will bring for our smartphones.

Categories: smartphone
Tags: Smartphone Tech & Future of smartphone tech
Posted By: Luvvitt
Tweets by @LUVVITT_
Compare
Compare
Clear All
You have no items to compare.